There are several categories of anxiety; the most common classification used is generalised anxiety disorder. The American Psychiatric Association define generalised anxiety disorder as excessive fear and worry which has lasted for at least six months. The worry must be about several events or activities; for example, this might be school or work performance. Individuals typically are said to worry about everything.

People with generalised anxiety disorder find it very hard to control their worry.

The worry and anxiety is typically associated with at least three of the following symptoms. At least some of the symptoms must have been evident for more days than not over a period of the past six months.

It is important to note that in children only one of these six symptoms identified above is required.

In addition to the points raised above, the worry, anxiety, or the physical effects of it cause clinically significant distress or impairment in one’s social life, at work or in other critical areas of functioning.

A further factor used in determining whether an individual is suffering from Generalised anxiety disorder, is to rule out the possibility of the disturbance being explained by the physiological impact of drug abuse, medication or some other medical condition such as hypothyroidism.

Finally, the assessing psychologist or psychiatrist will try to determine whether the disturbance can be explained by another mental disorder. Such mental disorders would include panic attacks in panic disorder, a negative evaluation in social anxiety disorder [social phobia], contamination or other obsessions in obsessive-compulsive disorder, separation from attachment figures in separation anxiety disorder, reminders of traumatic events in post-traumatic stress disorder, gaining weight in anorexia nervosa, physical complaints in somatic symptom disorder, perceived appearance flaws in body dysmorphic disorder, having serious illnesses in illness anxiety disorder, or the content of delusional beliefs in schizophrenia or delusional disorder.

Social Anxiety Disorder is defined as a marked fear or anxiety about one or more social situations in which the person is exposed to possible scrutiny by other people. Typical conditions in which social anxiety disorder occurs are when individuals are performing in front of other people, for example when making a presentation or giving a speech having conversations, or meeting people that they are not familiar with. For children, the anxiety must be present in peer settings not just in their dealings with adults.

For individuals with social anxiety disorder, social situations nearly always make them fearful or anxious. As far as children are concerned, the fear or anxiety is sometimes manifest by freezing, crying, clinging, tempt her tantrums or refusing to speak in social situations.

When looked at objectively, the fear or anxiety expressed by individuals with social anxiety disorder is generally out of proportion with the risk or threat that might materialise by the social situation and to the social-cultural context.

A diagnosis of social anxiety disorder is made when an individual displays this level of fear, anxiety, or avoidance persistently for at least six months.

A further symptom necessary for a diagnosis of social anxiety disorder is that the avoidance, fear or anxiety causes clinically significant distress or impairment in social, occupational or other critical areas of functioning.

It is essential to be able to rule out the possibility that the anxiety or avoidance or fear is a consequence of the physiological effects of a substance, such as drug abuse or a reaction to medication or another medical condition.

The psychologist or psychiatrist assessing the client will also determine whether the anxiety, fear or avoidance is not better categorised as another mental health disorder such as autism spectrum disorder, body dysmorphic disorder or panic disorder.

Finally, where there are other medical conditions present such as obesity, disfigurement from injury or burns, or Parkinson’s disease the assessing psychologist will determine whether the fear, avoidance or anxiety is unrelated to these disorders or is excessive considering these conditions.

Separation Anxiety Disorder is defined in the DSM-5 as developmentally inappropriate and excessive fear or anxiety concerning separation from those to whom the individual is attached, as evidenced by at least three of the following symptoms:

The anxiety, fear or avoidance is persistent and has been present for a minimum of four weeks in children and adolescents, and typically for more than six months in adults.

Additionally, the said disturbance results in clinically significant distress or impairment in social, academic, occupational or other critical areas of functioning.

Finally, the disturbance is not better explained by another mental disorder, such as refusing to leave home because of the typical resistance to change in individuals with autism; delusions or hallucinations concerning separation in psychotic disorders; refusal to go without a trusted companion in agoraphobia; worries about ill-health or other harm which might come to other significant others in generalised anxiety disorder; or concerns about having an illness in illness anxiety disorder.

Find out More About Anxiety 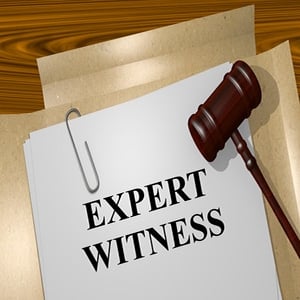 Psychological Reports for the Legal Profession

Our Experts are registered with:
The Expert Witness Institute
www.ewi.org.uk


We use cookies to improve our service and ensure that we give you the best experience. If you continue without changing your settings, we will assume that you are happy to receive all cookies on our website.